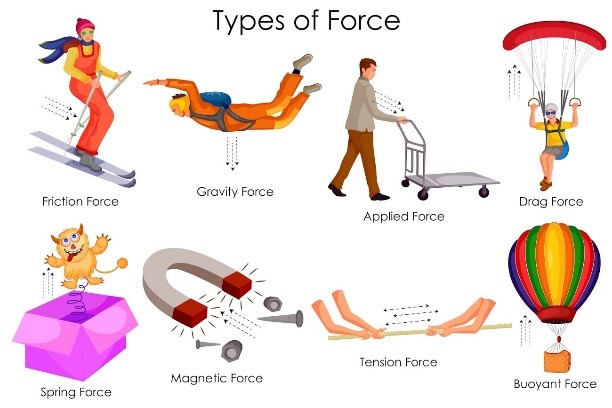 You push a cart or squeeze a piece of clay. You pedal a bicycle or kick a football. In all these actions you are applying force. Force is something that changes the motion or shape of an object.The examples mentioned are all Mechanical Forces, where one object touches another. There are many other types of forces – electricity, gravitation, magnetism, which act without contact among objects. For now, we will focus only on mechanical forces.

Motion is when an object changes its location in space. Motion is relative to another object rather than absolute.

If you are sitting in a moving train, a person on the platform sees you in motion. However, the person sitting next to you in the same train sees you perfectly still. Motion is determined by the difference between the positions of the two objects or observers.

Similarly, if you are in a moving car and there’s another car alongside, moving slightly faster than yours, you see a very small difference in motion with respect to your car or your position. Yet, both cars would appear as moving very fast to a stationary observer. 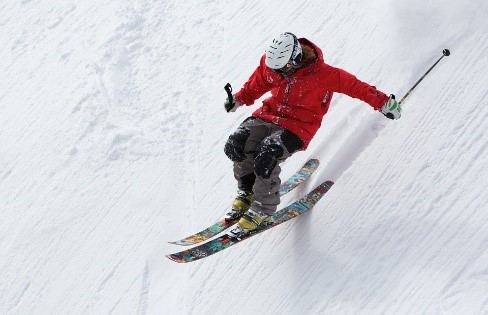 Force and Motion are related

When you hit a ball coming towards you, you are applying force to change the direction of that ball. When you roll a ball on a rough carpet, it eventually slows down because Friction (a kind of force) between the carpet and the ball slows the ball down.

There cannot be moved without a force. And, a force always causes motion or a change in motion.

Speed is how we measure motion. It is a function of time and distance – how far an object has moved in a period of time. It is the ratio of distance over time. A car that has traveled 60 kilometers in one hour implies that its speed is 60 kilometers per hour.

In reality, the car would have moved at different speeds over the hour. It would have started from rest (zero speed) and then gradually increased its speed over the hour so as to cover 60 kilometers. Hence, speed is often referred to as Average Speed.

Speed does not indicate the direction of motion. When we include direction in the motion of an object, then we are referring to the Velocity of the object. For example, an object that is moving south at 60 kilometers per hour, indicates its velocity – it has magnitude (speed) as well as direction (south). Velocity is the Displacement of an object rather than the distance traveled. It is a displacement per time ratio in a particular direction. 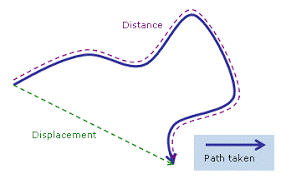 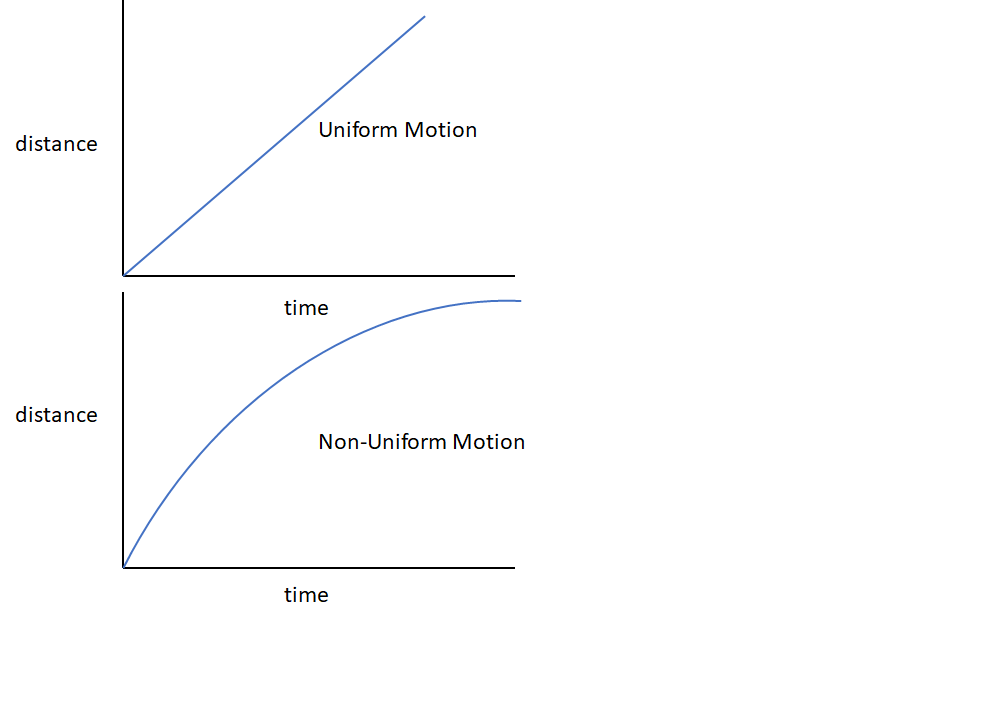 What is Uniform and Non-Uniform Motion?

When both the speed and direction of a moving object are constant, the motion of the object is said to be Uniform – it covers equal distance in equal intervals of time.

A car that covers 30 meters in every second is said to have a uniform speed of 30 meters per second.

An object that covers unequal distances in equal intervals of time is said to have Non-uniform motion. A horse that runs a race at different speeds at different points of time would be a good example.

What are Acceleration and Deceleration?