Living creatures are collectively called as organisms. The place where organisms live is called a habitat. Habitat is a home that provides food, water, air, shelter, and other needs to organisms. Several kinds of plants and animals may share the same habitat.

All living organisms have certain features that help them live in the surroundings in which they are normally found. The presence of specific features or certain habits, which enable an organism to live naturally in a place, is called adaptation.

Living organisms are adapted to their environment. This means that the way they look, the way they behave, how they are built, or their way of life makes them suited to survive and reproduce in their habitats.

The types of habitats vary from organism to organism. The plants grow better and survive longer in a particular habitat to which they are adapted.

Habitats can be divided into 3 broad categories:

Some plants prefer to live in water e.g. lotus plant grows and lives in the water of a pond. It cannot survive without sufficient water. So, a lotus plant is adapted to grow in water. 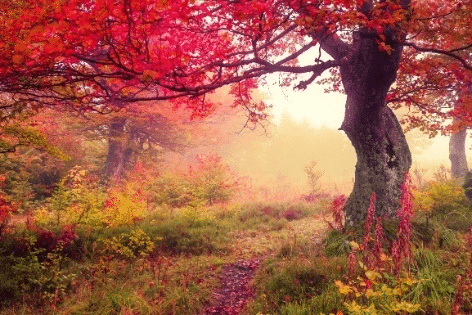 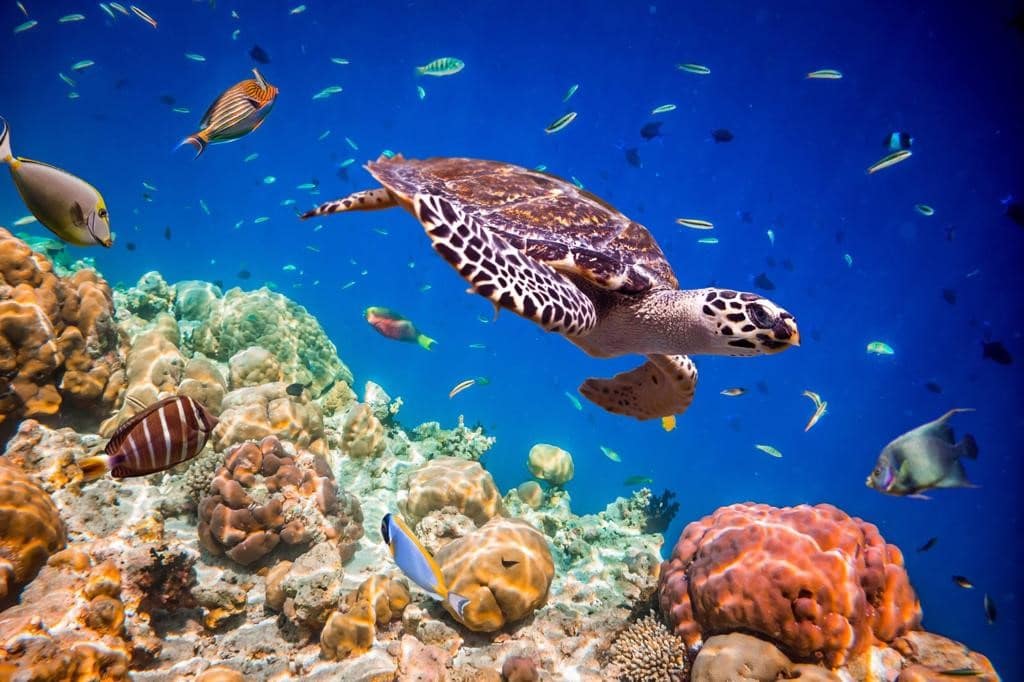 Organisms that are capable to do their activities in the aerial environment are called as aerial organisms. Some examples of animals found there are birds, bats and some insects. Aerial habitats are in the sky. Example: trees. 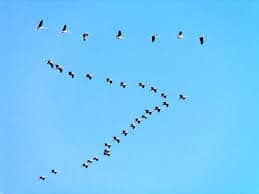 Abiotic components are non-living components that influence an ecosystem. Examples of abiotic factors are rocks, soil, air, and water.

Hence, ecosystems are influenced by both biotic and abiotic components. 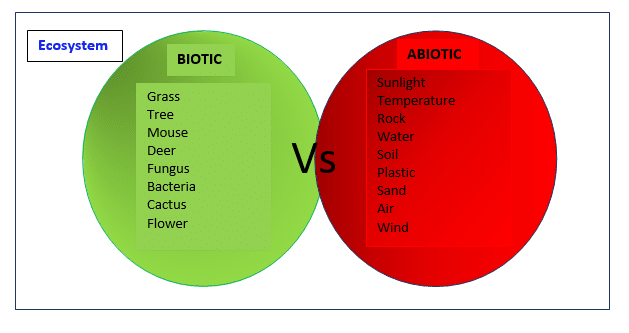 A Drive through Different Habitats

Let us see in detail, about the different phenomena of adaptations involved in plants and animals under various habitats.

Deserts are habitats that have no more than 20 inches of precipitation per year and can be hot or cold. The four types of deserts are hot and dry, semi-arid, coastal, and cold. Desert plants and animals are able to live with little water. 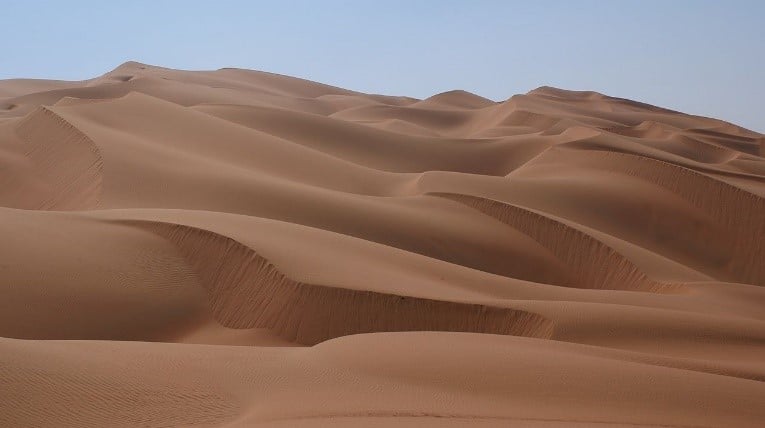 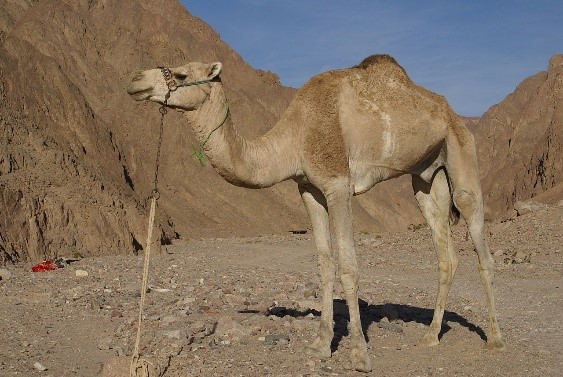 Let us discuss some of the animals found in the desert which are well-adapted to this environment.  The most well-known desert animal is the camel. The body structure of a camel helps it to survive in desert conditions. Some of the special features of a camel are: 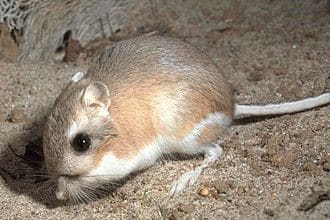 Desert animals like rats and snakes do not have long legs like a camel. To stay away from the intense heat during the day, they stay in burrows deep in the sand. These animals come out only during the night when it’s cooler.

Photosynthesis in these plants is usually carried out by the stems. The stem is also covered with a thick waxy layer, which helps to retain water in the tissues of cacti. Most desert plants have roots that go very deep into the soil for absorbing water.

Some examples of plants that grow in deserts are – Palm trees, Cactus, Desert Marigold etc. 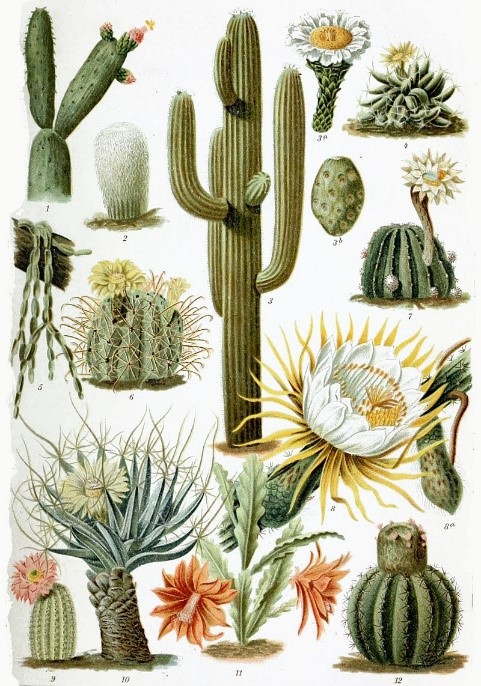 Mountains can sometimes act like barriers preventing plants and animals from crossing from one side of the mountain to the other.

These habitats are normally very cold and windy. In some areas, snowfall may take place in winters. There are a large variety of plants and animals living in the mountain regions.

Some examples of animals that are adapted to mountain regions are Snow leopard, Yak and Mountain goat, llama etc.

Snow leopards are very well-adapted to the areas in which they live, which mostly consist of mountains and high rocks. Snow leopards have –

The trees are normally cone shaped and have sloping branches. The leaves of some of these trees are needle-like. This helps the rain water and snow to slide off easily. There could be trees with shapes very different from these that are also present on mountains. They may have different kind of adaptations to survive on the mountains. Some examples of plants/ trees that grow in mountain regions are fir trees, maple, pine trees etc. 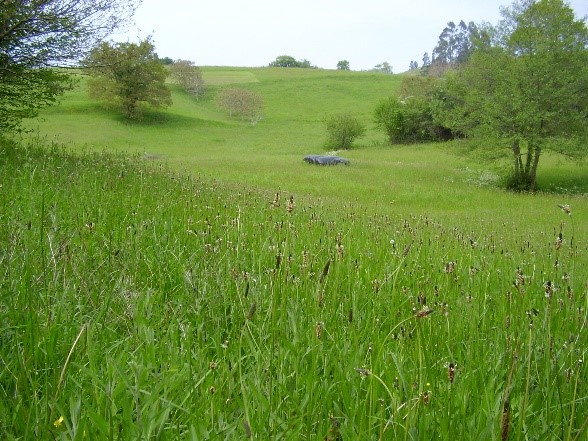 Grasslands are vast areas of grass stretching off towards the horizon. Grasslands are defined as areas where there is very little rainfall to support a forest, but too much rainfall to classify the land as a dry desert. Trees aren’t common in grasslands, either because of poor soil and lack of overall rainfall or from excessive tree grazing from grassland animals. In Temperate grasslands, rainfall is low throughout the year, with hot summers and cold winters. Tropical grasslands, on the other hand, receive seasonal rainfall and are generally warm throughout the year.

The tiger’s striped coat helps them blend in well with the sunlight, filtering through the treetops to the jungle floor. The tiger’s seamless camouflage to their surroundings is enhanced because the striping also helps break up their body shape, making them difficult to detect for unsuspecting prey.

A lion is a strong animal that can hunt and kill animals like deer. Its light brown color helps it to hide in dry grasslands when it hunts for prey. Lions have long claws in their front legs that can be withdrawn inside the toes.  The eyes in front of the face allow it to have correct idea about the location of its prey.

The deer has skinny legs for running fast and their tail is for a warning. Whenever the deer thinks there is danger it sticks up its tail and let the other deer know. Deer also have fur to keep them warm in winter. They have antlers and hooves to keep them safe. The eyes on the side of its head allow it to look in all directions for danger.

There are many more plants that live in the grasslands besides grasses. But all plants in this environment face difficult conditions. It only rains 10-30 inches during the late spring and early summer. There are also lots of plant eating animals, and fires are known to sweep through grasslands, burning many plants at a time.

Grassland plant adaptations include deep roots, narrow leaves and brightly colored flowers. Here, the grasses grow from the base of the plant rather than the tips. This enables them to survive the fires that commonly occur in the dry, hot climate of grasslands.

There are some sea animals like dolphins and whales that do not have gills. They breathe in air through nostrils or blowholes that are located on the upper part of their heads. This allows them to breathe in air when they swim near the surface of water. They can stay inside the water for a long time without breathing. They come out to the surface from time to time, to breathe in air.

Some aquatic plants are submerged in water. Some of these plants have narrow and thin ribbon-like leaves. These can bend in the flowing water. In some submerged plants, leaves are often highly divided, through which the water can easily flow without damaging them.

About half of the fishes live in freshwater bodies such as lakes and streams while the other half live in the oceans.

Fish show great diversity in body size. They range in length from about 8 millimeters (0.3 inches) to 16 meters (about 53 feet). Scales protect fish from predators and parasites and reduce friction with water. Multiple overlapping scales provide a flexible covering that allow fish to move easily while swimming. Gills present in the fish help them to use oxygen dissolved in water. 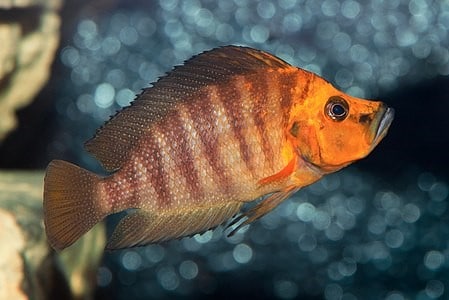 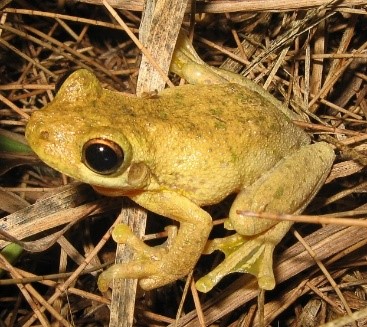 Frogs usually live in ponds. They can stay both inside the water as well as move on land.

Adaptations of frogs, such as a small waist, no neck and a broad, flat skull make its body streamlined for swimming. The frog’s skin is thin, which allows air to pass through, in effect allowing it to breathe through the skin. Powerful hind legs and feet allow the frog to jump and help them in leaping and catching its prey.

Lotus leaves are wide and disk-shaped, which allows them to float on water. Their big surface area allows them to absorb a large amount of sunlight. Lotus leaf and stem surfaces are coated in a wax that is super-hydrophobic, meaning it repels water and is very difficult to wet. Lotus flowers bloom white, pink and yellow and are held above the water by a stem that is 2 to 4 feet tall. Many birds and insect species feed on lotus pollen. These animals distribute pollen to fertilize neighboring plants and scatter seeds. The adaptation of a brilliant color for the flowers attracts feeders. 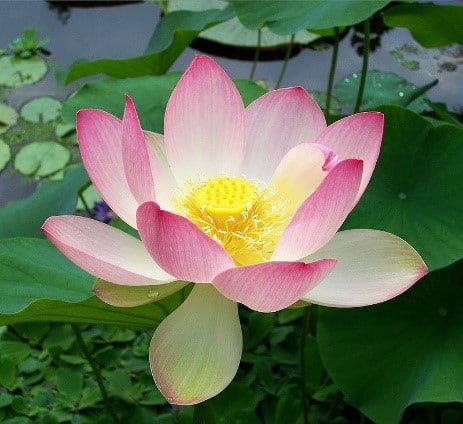 Animals that can fly in the air are called aerial animals. Birds and bats fly in the air. Birds have wings to fly. They also have hollow bones which make their body light and help them fly.

Bats are not birds. They are mammals. They do not have actual wings. Their wings are made of flaps of skin. Many insects also have wings which help them fly in the air.

Humans exhibit a number of biological adaptations to the great variety of environments they occupy.

This form of adaptation can take moments to weeks to occur and is reversible within an individual’s lifetime.

Short-term acclimatization can occur within a short period of time (days to weeks), and within the organism’s life time. This type of response quickly reverses when the stressor is no longer present. Tanning is a short-term response, to increased UV-radiation exposure especially during summer months, which can occur within hours. Tans are generally lost during the winter when UV-radiation decreases.

Body forms that are adapted to climate like in animals are called genetic adaptations.

There are two ecological rules, known as Bergmann’s rule and Allen’s rule that explain the variation in size and shape of bodies and extremities using latitude and temperature.

Warm-blooded animals tend to have increasing body size with increasing latitude (toward the poles) and decreasing average temperatures.

This has been applied to humans. The idea is that populations towards the pole tend to be shorter and have shorter limbs than do people on the equator.

9. What kind of adaptation does tanning of human skin come under?

10. Which of the following is NOT a terrestrial habitat?