What do we see around us on earth? Well, we stand on solid ground, we breathe in air, we sail on rivers and oceans, and we see plenty of living creatures all around us. These four primary characteristics of earth are given four specific names – the Lithosphere,the Atmosphere, the Hydrosphere, and the Biosphere.

The Lithosphere – What Lies Beneath

Our earth is made up of many layers. We live on the outermost layer. This is called the Crust. Everything on the surface of the earth is on this crust. Below the crust is the Mantle, which is divided into an Upper Mantle and a Lower Mantle. The crust and the mantle together form the Lithosphere. The lithosphere includes all the solid matter on earth – rocks, soil, sand, mountains, volcanos, minerals, even the seabed.

The mantle gets hotter and hotter the deeper down you go. Below the mantle are two more layers – the Outer Core and the Inner Core. The outer core is made of hot, melted metal. The inner core, which is at the center of the Earth, is a solid ball of hot metal. 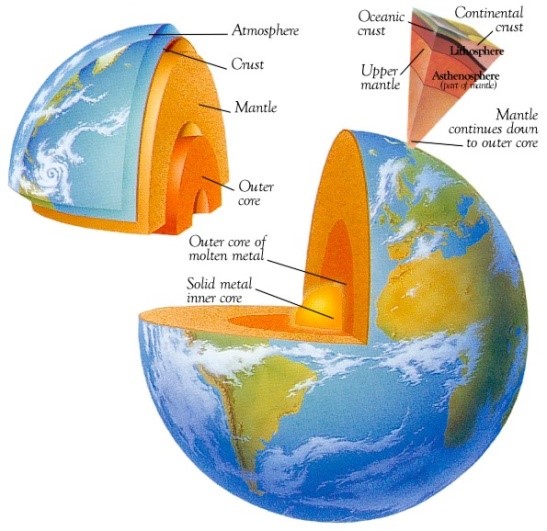 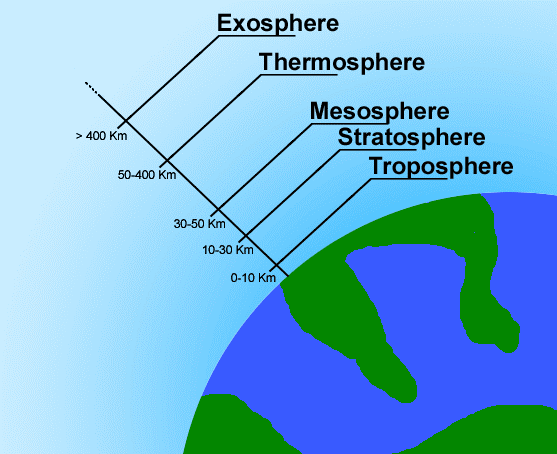 The Atmosphere – Every Breath You Take

All the air above the surface of the earth, stretching all the way to space, makes up the Atmosphere. It is made up of gases – mostly nitrogen (79%) and oxygen (21%), while argon, carbon dioxide, and some other gases make up a small fraction. The atmosphere is most dense closer to the earth’s surface. It thins out as you ascend, eventually becoming outer space.

The atmosphere is essential for the air we breathe, for providing warmth, and for preventing harmful solar rays from reaching earth.

Rivers, seas, oceans, lakes, glaciers, ice, rainwater, groundwater, water vapor in the clouds – all the water content on earth makes the Hydrosphere. Most of it is the ocean, made of saltwater. Only a small portion is freshwater. The hydrosphere covers almost 70% of the earth’s surface. Only 30% is land, or Lithosphere. The hydrosphere provides water for animals and plants, it wears away rocks to make soil, it controls the earth’s weather and climate. 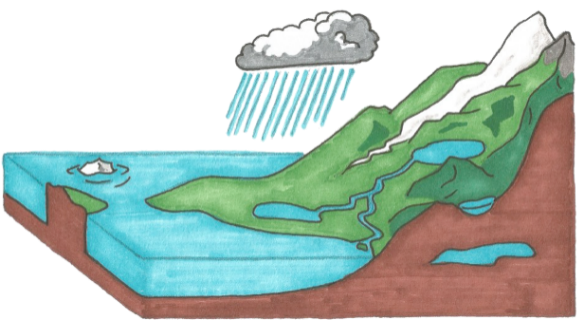 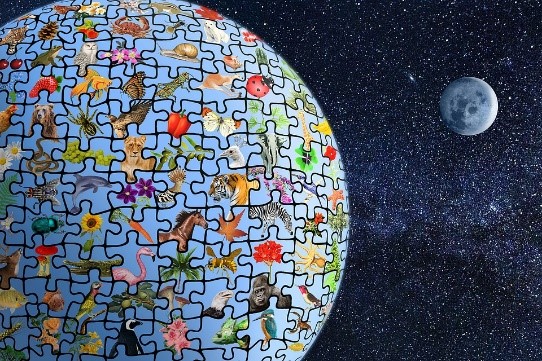 The Biosphere – All Creatures Great and Small

All life on earth makes up the Biosphere. It includes all the plants, animals, fish, microbes, birds, insects. The biosphere therefore extends into the atmosphere where insects and birds fly, into the hydrosphere where aquatic creatures live, and all over the lithosphere – underground, such as worms and bacteria in the soil; and on the ground, such as all animals and human beings. The biosphere is what makes earth unique in the universe.