Plate tectonics states that these plates move relative to each other and interact along their boundaries, where they converge, diverge, or slip past one another. Such interactions are responsible for Earth’s seismic and volcanic activity along with the formation of new landforms like mountains and oceanic trench. In simple words, due to plate tectonics, the earth has witnessed several gradual changes in its features. The landforms that you see today have formed after several changes in the tectonic plates over the last millions of years. 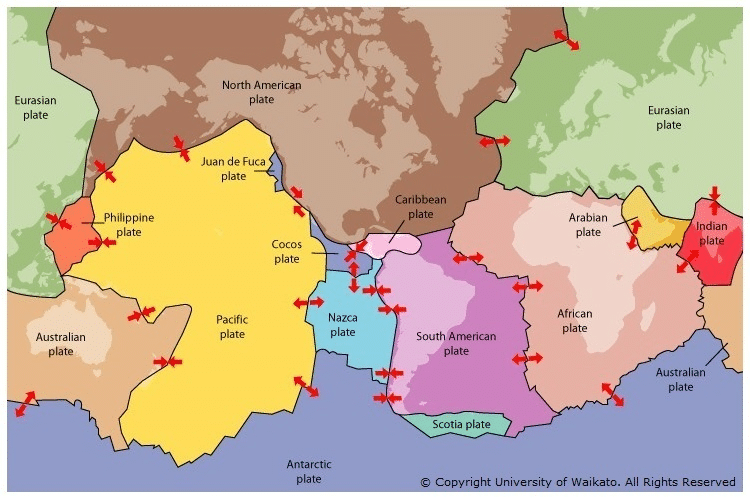 i. MAJOR PLATES – Any plate greater than 20 million km2 is called a major plate. There are seven major tectonic plates on the Earth’s surface, they are as follows:

The largest among these plates is the Pacific plate. It is an oceanic plate and lies under the Pacific Ocean.

The lithosphere is the outermost layer of the Earth and is cooler and firmer than the layer below (uppermost mantle), which is hot and flexible. The tectonic processes which began more than 3 billion years ago are driven by forces that originate in the mantle. The intense heat of the core causes molten rock in the mantle to move in a circular pattern due to convection. The mantle dissipates heat as they rise, cool and sink down continuously. This is the source of energy that drives plate tectonics. 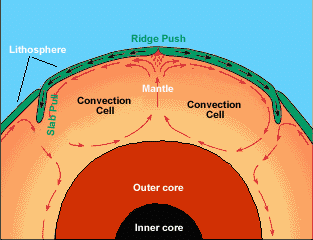 Learn more about Plate Tectonics and other important topics with 5th Grade Science Tutoring at eTutorWorld. Our expert science tutors break down the topics through interactive one-to-one sessions. We also offer the advantage of customized lesson plans, flexible schedules and convenience of learning from home.

1) DIVERGENT BOUNDARIES – When two tectonic plates move away from each other, they leave a gap in between. This gap is filled by magma from the mantle beneath resulting in the formation of new crust on the lithosphere. They may cause a series of volcanoes along the boundary eventually creating rift valleys and mid-oceanic ridges.

2) TRANSFORM BOUNDARIES – These are areas where two tectonic plates move past each other horizontally, rubbing along the edges. They may cause earthquakes, split river beds, and cause portions of the rocks to break.

3)CONVERGENT BOUNDARIES – When two or more tectonic plates collide, they may result in two consequences. If the two plates are of equal density, they usually push up against each other forming a mountain chain. If they are of unequal density, one plate usually sinks beneath the other giving rise to deep trenches. 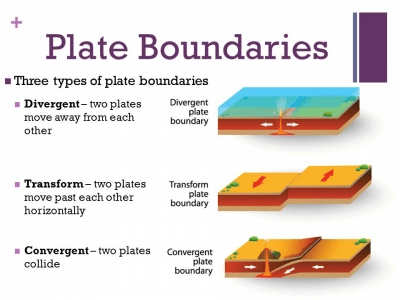 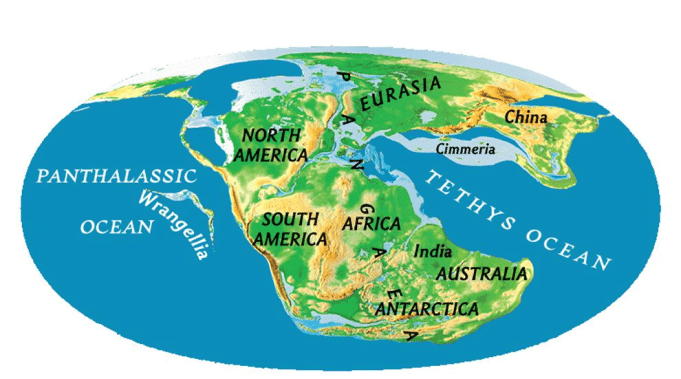 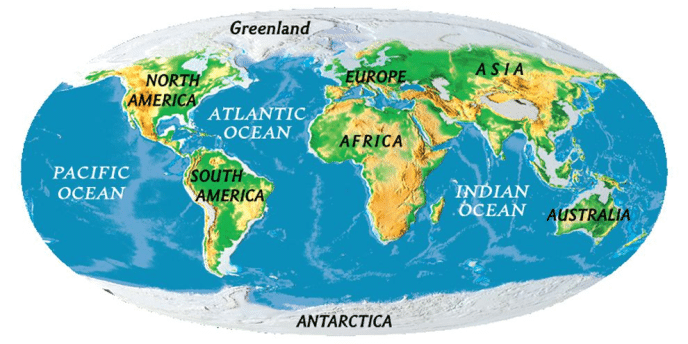 “World of A Difference”

Around 200 million years ago, the Earth was one big continent – THE GREAT PANGEA. It was a supercontinent that encompassed almost all the landmasses on Earth. It began to break apart into fragments in stages due to Plate Tectonics creating the existing forms.

The movement of the tectonic plates alters the surface of the Earth every single day albeit very slowly. Earthquakes, volcanoes, mountain building, rift zones, spreading of the seafloor, the flow of lava are all results of Plate Tectonics. Plate tectonics moves the continents around and in the future it will have an impact on climate patterns, distribution of heat over the planet, Ocean currents patterns, and evolution of plants and animals.