A rock is any naturally found solid mass or aggregate of minerals or mineraloid matter. They form the outer solid layer of the earth known as the CRUST. Depending on their origin, the minerals present, and their chemical composition, they are mainly divided into three categories – igneous rocks, sedimentary rocks, and metamorphic rocks. The study of rocks is called petrology.

A fossil is the preserved remains or impressions of a living organism such as a plant, animal, or insect.  They can be in the form of bones, exoskeletons, hair, shells, stone imprints, oil, and coal, petroleum among others. Studying fossils helps scientists to learn about the past history of life on Earth.

Igneous rocks are formed when magma and lava cool and solidify into rocks. As the hot molten magma rises towards the surface of the earth, it cools down and as a result, solidifies and crystallizes. There is a variety of igneous rocks and they are mostly found beneath the earth’s crust. They are very important as their mineral and chemical composition can be used to learn about conditions like temperature, pressure, and the composition of Earth’s mantle and its tectonic activities. Depending upon the cooling process the grain sizes of minerals may vary within igneous rocks- 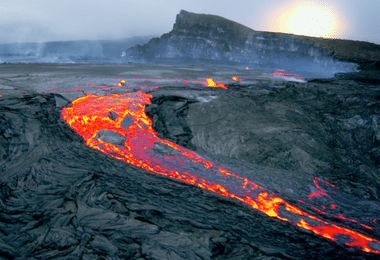 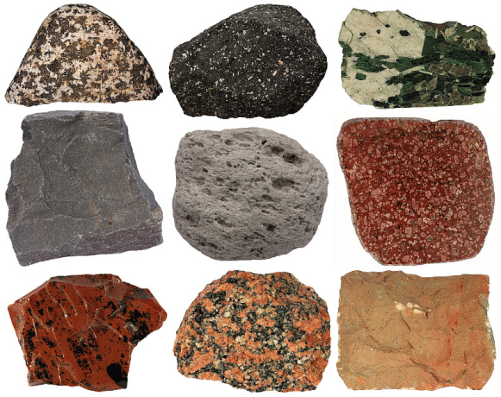 2- Some important igneous rocks from left to right:

Rocks of the earth’s surface area exposed to weathering or erosion by the friction of waves and are thus, broken into particles of various sizes. These mineral particles are carried by water, wind, glaciers, and other agents and are deposited by sedimentation on the beds. These sediments, through compaction and fermentation, turn into rocks. This process is called lithification. Dead aquatic organisms and other suspended matter may also pile up on the floor and end up within these sedimentary rocks. In several sedimentary rocks, the layers of mineral deposits maintain their characteristics even after lithification. Sandstone, shale are some of the examples for Sedimentary Rocks.

Depending upon the mode of formation, sedimentary rocks are categorized into three groups: 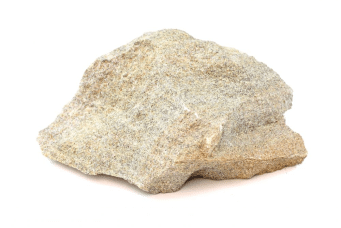 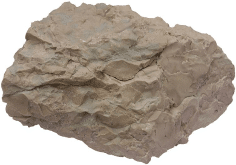 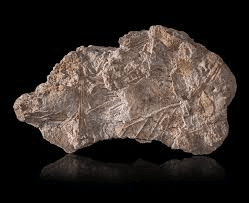 Learn more about Types of Rocks and other important topics with 5th Grade Science Tutoring at eTutorWorld. Our expert science tutors break down the topics through interactive one-to-one sessions. We also offer the advantage of customized lesson plans, flexible schedules and convenience of learning from home. 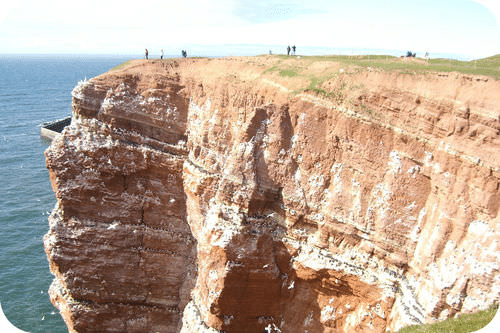 Metamorphic rocks are formed from existing rocks when they are subjected to extreme environmental conditions like high pressure and temperature. They undergo a process called metamorphism due to chemical and physical changes in them and they recrystallize into metamorphic rocks. They include anthracite, marble, slate, granulite, gneiss, schist, etc. It is to be noted that igneous, sedimentary and even metamorphic rocks themselves can undergo metamorphosis to give rise to new metamorphic rocks.

As in the case of marble, which is a metamorphic rock, is formed from sedimentary rock limestone. There are two types of metamorphism –

When hot intruding magma permeates through surrounding rocks, they recrystallize due to high temperatures giving rise to new kinds.

When great masses of rock over a region undergo change, mostly beneath the earth’s surface, due to extreme conditions of temperature and pressure, it is termed as regional metamorphism. 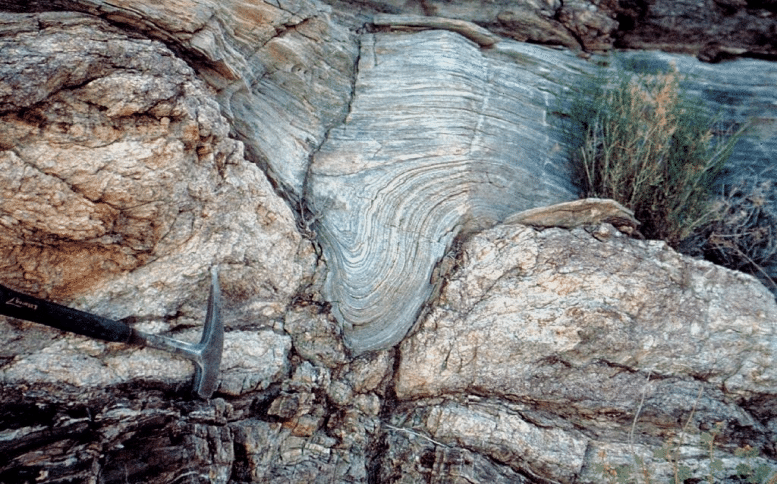 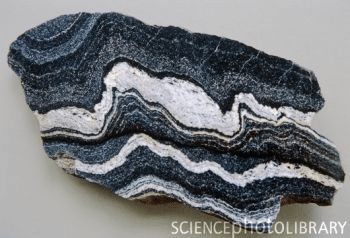 Meteorite rocks are solid pieces of objects or debris from outer space. They are remnants of comets, asteroids, and meteoroids that originate in outer space and survive their passage through the earth’s atmosphere.

There may be microbes and animals preserved in amber, peat, tar or ice; strands of hair, oil, coal, imprints on rocks, etc. Fossil rocks are also formed from shells, bones, or teeth that have been exposed to surrounding minerals, and over a long period of time, they are converted into stony substances by a process called petrifaction. 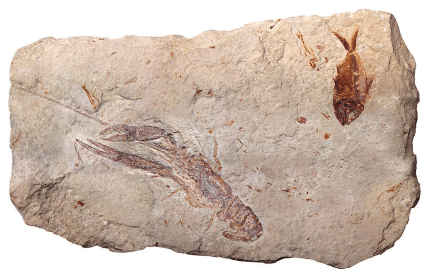 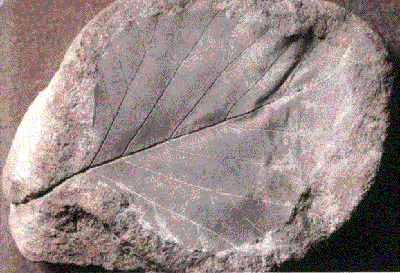 Fossil birch leaf from the Cretaceous Dakota Formation in Kansas

Rocks undergo transitions through geologic time among the three main rock types- igneous, sedimentary, and metamorphic. The diagram below explains how the three rocks are related to one another and how they transform from one type to another over time. 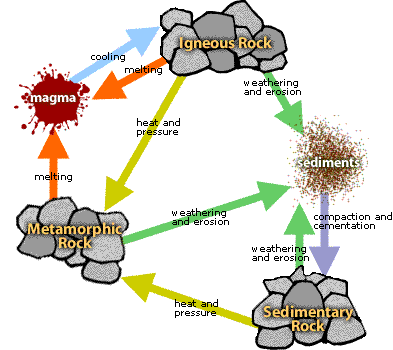