The Laws of Thermodynamics

Thermodynamics is primarily the study of the relationship between heat and other forms of energy. It extends to the study of the conversion of all forms of energy from one to another. The principles of thermodynamics are important to understand events that occur in nature, to design machines like engines and refrigerators, and to calculate the energy gain or loss in chemical reactions. There are two main laws or principles of thermodynamics.

The First Law of Thermodynamics

Let us first understand the meaning of a System. A system is anything from a simple object or a set of things working together as one interconnected mechanism. For example, a rope and pulley used to hoist equipment is a system. A nuclear reactor, a car’s engine, and even a simple metal object which conducts heat are all considered as systems for the purpose of thermodynamics.

The first law of Thermodynamics is the law of Conservation of Energy. It states that the energy in any System can neither be created nor destroyed. Instead, energy is either converted from one form to another or it is transferred from one system to another.

A gas turbine converts chemical energy in a fuel into thermal (heat) energy. The heat energy is then converted into mechanical energy to do some useful work, like powering an airplane. The total amount of energy from start to end of the working system remains the same.

Similarly, turning on a switch converts electrical energy into light energy – the light energy is not simply created out of nothing.

The Second Law of Thermodynamics

The basic premise is that there is more Randomness in the universe than there is Orderliness. For example, there are many ways to arrange a pack of cards randomly than to organize it in an ordered sequence.

Let us understand this with some examples: 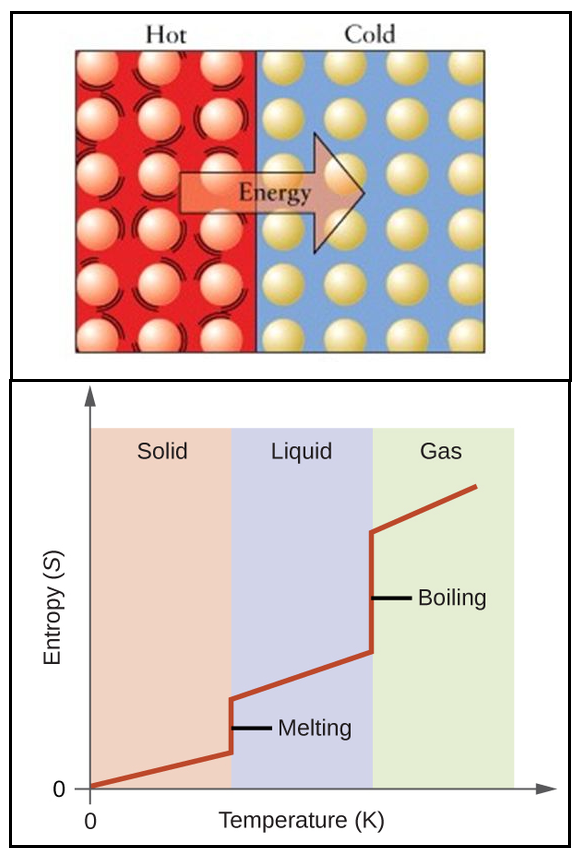 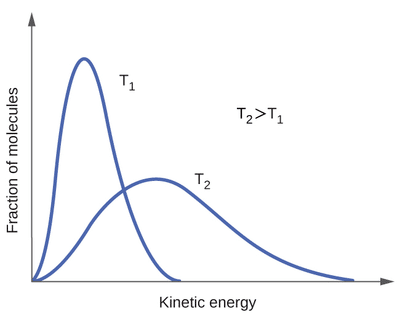 Learn more about Laws of Thermodynamics and other important topics with 8th Grade Science Tutoring at eTutorWorld. Our expert science tutors break down the topics through interactive one-to-one sessions. We also offer the advantage of customized lesson plans, flexible schedules and convenience of learning from home.

In entropy terms, thermal equilibrium is reached when a system has reached the maximum possible entropy and cannot increase further. For example, a metal rod heated at one end will transfer heat (energy) to the other end of the rod until the entire rod is at a uniform temperature, at which point maximum entropy has been reached and the system is in thermal equilibrium (all molecules are at the same temperature).