What is a Compound?

A Compound is a substance that contains more than one kind of atom. It has a definite composition and can be described by a chemical formula. Millions of compounds occur in nature and several can even be artificially produced.

Compounds are formed when the atoms of two or more elements chemically react in defined proportions of weight. The simplest example of a compound is water, a liquid, which consists of two atoms of hydrogen and one atom of oxygen. Its chemical formula is H2O.

Every day substances like table salt (sodium chloride, NaCl), baking soda (NaHCO3) and even ice which is nothing but ‘solid water’, are examples of solid compounds.

What is a Mixture?

A Mixture is formed of two or more elements and/or compounds which are physically mixed together. The molecules of the individual components do not combine chemically to form new molecules in the mixture. For example, if you dissolve salt in water, both compounds, you get salt water, but the salt and water molecules continue to retain their original properties.

Water, which is a compound, can only be broken down into its individual components of hydrogen and oxygen through a chemical reaction called Electrolysis.

A salt and water mixture can, however, simply be separated by evaporation of the water, leaving salt crystals behind. Or, if you mixed sand and water, you could simply filter the water through a sieve to separate the two compounds. 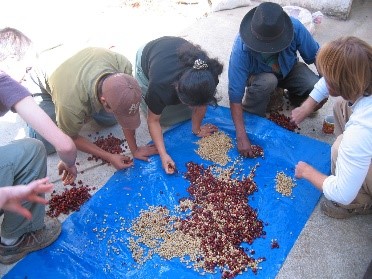 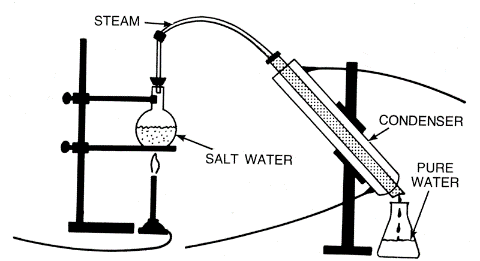 There are many techniques to separate the components of a mixture. A method to remove light-weight husk from heavier grain particles is simply by blowing the husk away with wind, which is called Winnowing.

For heavier particles such as stones or dead insects mixed in pulses, rice or wheat grains, we use a method known as Handpicking a dry mixture – we simply pick those components out by hand to make the mixture purer or cleaner. Plucking fruit off trees is another example. Handpicking works best when the mixture contains components of different sizes or color or shape.

Evaporation technique may be used for soluble solids – salts dissolved in water, for example. Heating the solution of salt water will cause the water to evaporate, leaving salt crystals behind.

In a Simple Distillation process, the water vapor in the above example is separately collected and re-condensed to form water again. 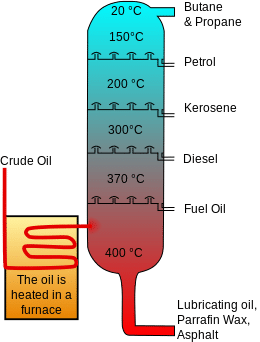 A more complicated process of Fractional Distillation is used to separate two or more liquids which have dissolved into each other, taking advantage of the different boiling points of the various liquids. This process is also useful for separating the various components of crude oil to isolate fuels such as diesel, petrol, kerosene and natural gas.

Insoluble solids, such as sand particles in water, are removed through Filtration. The water in our taps comes through a process of filtration of water from the river. 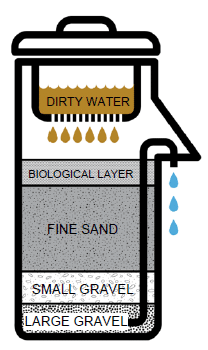 Learn more about Compounds and Mixtures and other important topics with 8th Grade Science Tutoring at eTutorWorld. Our expert science tutors break down the topics through interactive one-to-one sessions. We also offer the advantage of customized lesson plans, flexible schedules and convenience of learning from home.

A technique known as Chromatography is used to separate a mixture through an Adsorbent Material which attracts the mixed substances to varying extents causing them to separate from one another. An adsorbent material allows dissolved solids to adhere to its surface. Adsorbent materials such as silica gel or alumina or activated carbon are used in this technique. 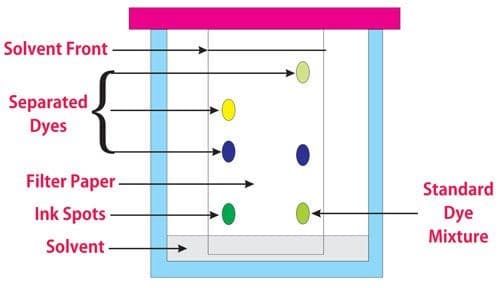 State whether true or false –