Elements are the most basic chemical substances. They cannot be broken down further by chemical means. An element is a pure substance consisting of atoms which have the same number of protons or atomic number. The Periodic Table arranges all known elements in the order of their Atomic Numbers.

Atoms of the same element may combine to form Molecules. For example, two oxygen atoms

combine to form an oxygen molecule. Atoms of two different elements may also combine to

form a molecule. For example, two atoms of hydrogen combine with one atom of oxygen to

form a molecule named water. A molecule is the smallest particle that retains all the properties of the substance from which it is obtained. Further division of the molecule will yield only atoms of individual elements.

When atoms of different elements combine in a fixed ratio, the result is nameda Compound. Water is thus a compound – it always has two atoms of hydrogen and one atom of oxygenin each molecule, no more no less. Each compound has its own unique properties, which are different from the properties of the individual elements from which it is made. Compounds may be solids, liquids, or gases.

Compounds hold their atoms together in many ways, such as –

Compounds have an identifiable structure based on how their atoms are arranged. For example, carbon forms a range of Organic Compounds with hydrogen, such as Methane, Ethane, Propane, Butane, to name a few, each with its unique structure of atom arrangement. The diagrams show carbon atoms in green and hydrogen in grey. 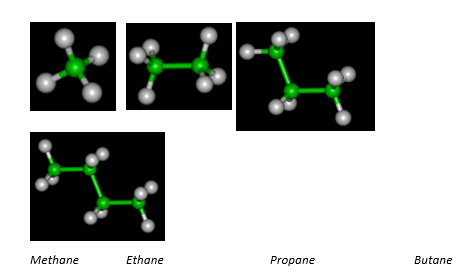 All other compounds that lack Carbon-Hydrogen bonds are generally called Inorganic Compounds. 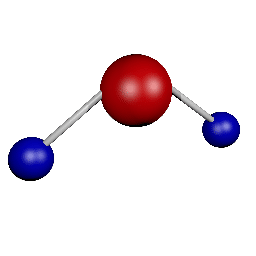 Learn more about Structure of Matter and other important topics with 8th Grade Science Tutoring at eTutorWorld. Our expert science tutors break down the topics through interactive one-to-one sessions. We also offer the advantage of customized lesson plans, flexible schedules and convenience of learning from home.

An atom or a group of atoms (a molecule) with an electric charge is called an Ion. Every atom has negatively charged electrons spinning around a heavy nucleus with positively charged protons. If the number of electrons and protons are equal, the atom is neutral. The chemical process of removing electrons from atoms or molecules to produce Positive Ions is called Ionization. These removed electrons may then join other atoms or groups of atoms to make them Negative Ions. The amount of charge that an ion has is determined by the number of electrons gained or lost by the atom or molecule. 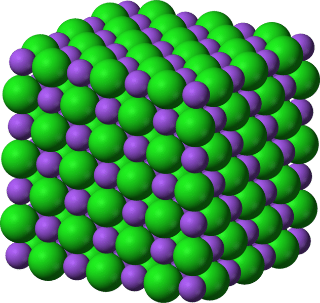 Most other metals such as Iron, Nickel, Silver, form cations, while most non-metals, such as Oxygen, Sulfur, Carbon, form anions.