The total number of people on planet earth makes up the world population. Click on this link!https://www.worldometers.info/world-population/.  You will see how rapidly and dynamically the population of the world is changing. We are more than 7.8 billion humans and counting still! What factors contribute to growth or decline in population? How many will we grow to in the future? What is the maximum that planet earth can provide for?

The main factors determining the world population are-

it is the average number of children that a woman will bear in her lifetime. The world average fertility rate in the 1950s was about 5 children. This has steadily dropped to around 2.5 children per woman today. In other words, women are giving birth to half as many children on average as compared to the 1950s. As a result of the declining fertility rate, global population growth is slowing.

one would expect that with such a steep fall in fertility rate, the world population would drastically reduce, yet this has not been the case. The reason is that life expectancy – an estimate of the expected lifespan of an average newborn child – has been rising steadily all across the world. The average lifespan has increased from around 48 years during the 1950s to nearly 70 years today, and expected to be 77 by the year 2050. People are living much longer now, thereby contributing to a rising population. This increasing lifespan is a result of better healthcare, diet, and hygiene conditions.

In recent decades, wars, famines, unstable governments, better living conditions elsewhere, are some of the many factors due to which populations continue to shift. These shifts are mostly from under-developed or developing countries to developed ones. The United Nations predicts that about 55 countries will have shrinking populations on account of migration, notably Bangladesh, Nepal, Syria, and Myanmar.

Population growth in recent decades has been termed as Population Explosion. For thousands of years before this period, birth rates were high but life expectancy was low. As a result, the population increased very slowly. In recent years, advances in agriculture, healthcare, transportation and communication, contributed to better living conditions, lesser infections, higher recovery from diseases. Hence, populations have increased rapidly.

Thomas Robert Malthus was an English economist who first put forth the theory in 1798 that world population is growing faster than food supplies to sustain it and that ultimately human population would be wiped out.

During his time, world population was around 1 billion.Roughly 150 years later, in 1950, world population had only grown to 2.5 billion. After that, in less than 75 years, we have added over 5 billion to our population! Thankfully, Malthus’s prediction has not come true, but it is a constant reminder of the impact of Over-Population in the world. 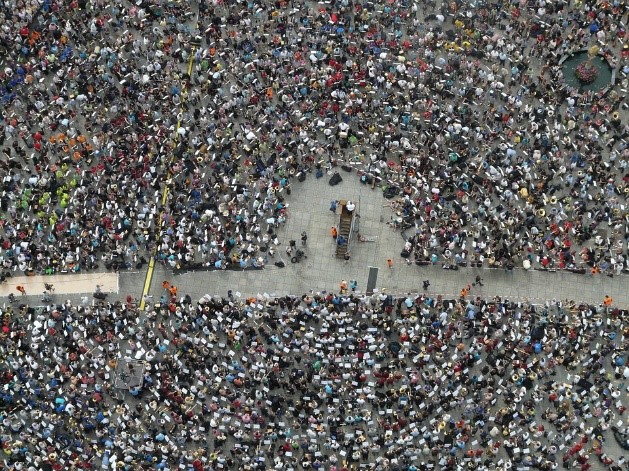 How many people can Earth support?

Nobody can say for sure but it is certain that the human population cannot continue to grow indefinitely. There is a “Carrying Capacity” for human life on the planet. Some scientists estimate this to be about 10 billion, which is expected to be reached by the year 2050. That’s only 30 years away! How will humanity sustain and flourish comfortably on earth thereafter? Will humans populate newer planets away from earth by then? Or will populations stabilize and reduce in the coming years? These are questions on the minds of many scientists around the world.