What if someone said that even if you are sitting completely still, you are in constant motion? Everything in the universe is in motion. The earth rotates around its axis and revolves around the sun, moving you constantly along with it. The proof of your movement is in reference to the sun or the moon or some other heavenly objects.

Imagine that you are in a moving train. When a person on the platform observes you, he sees you in motion. However, if you observe the person sitting next to you in the same train, he appears perfectly still with respect to you. Motion is determined by the difference between the positions of two objects or observers.

If you are in a moving car and there’s another car alongside, moving slightly faster than yours, you see a very small difference in motion with respect to your car or your position. Yet, both cars would appear as moving very fast to a stationary observer.

Motion is determined in relation to time and distance, and is referred to as Speed. Speed determines how far an object has moved in a period of time. It is the Rate of Motion. A car that has moved 60 kilometers in an hour determines its speed. However, as the car would have moved at different speeds over the hour, starting from a position of rest (zero speed) and increasing its speed gradually so as to cover 60 kilometers in one hour, it is often referred to as Average Speed. It is a distance per time ratio.

The calculation of speed is not bothered with direction of motion. If we speak of the motion of an object that is moving due south at 60 kilometers per hour, we are referring to the Velocity of the object. It has a magnitude (its speed) as well as a direction (south). Velocity refers to the displacement of a body rather than the distance traveled. It is a displacement per time ratio in a particular direction. 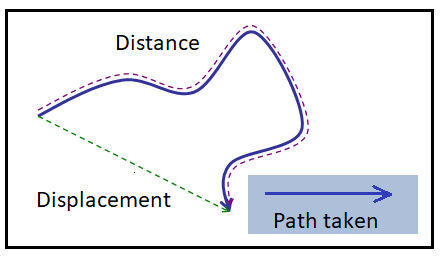 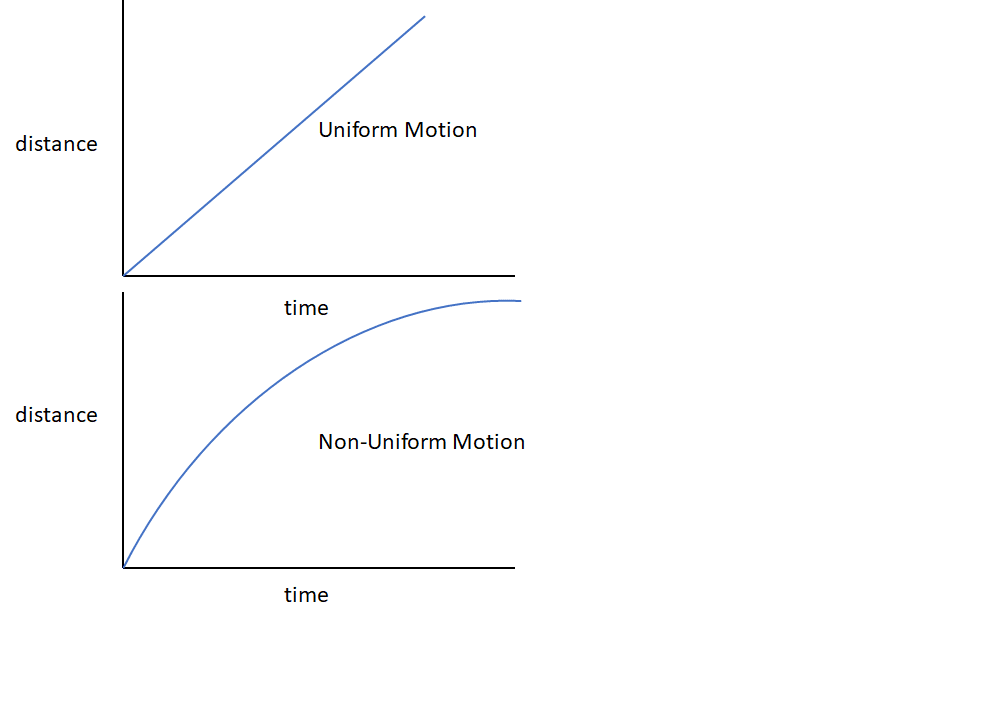 When both the speed and direction of a moving object are constant, the motion of the object is said to be Uniform – it covers equal distance in equal intervals of time. A car that covers 30 meters in every second is said to have a uniform speed of 30 meters per second. An object that covers unequal distances in equal intervals of time is said to have Non-uniform motion. A horse that runs a race at different speeds at different points of time would be a good example.

Learn more about Forces and Motion and other important topics with 8th Grade Science Tutoring at eTutorWorld. Our expert science tutors break down the topics through interactive one-to-one sessions. We also offer the advantage of customized lesson plans, flexible schedules and convenience of learning from home.

The formula to calculate acceleration is as follows –

1) Use the formula for average speed to fill the missing values in the table:

2) What is the average speed of a car that has traveled across 4 distances as below?