What does cooking have in common with curing cancer? What does aircraft communication have in common with disinfectants? Remote control devices with night vision goggles? They are all applications of science based on the principles of Electromagnetic Radiation (or EMR).

Radiation is one of the major forms of energy. There is Solar, or Cosmic, Radiationwhich comes from the sun and other objects in outer space (see: Heat and Electromagnetic Energy) and there is Nuclear Radiation from atomic nuclei (see: Nuclear Reactions – Fission and Fusion). EMR is a third major kind of radiation. 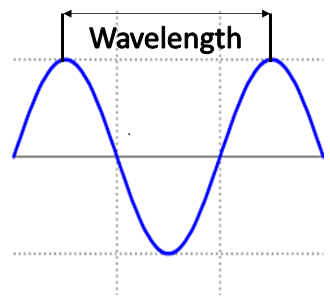 EMR consists of Electromagnetic Waves, which travel through space at the speed of light. They are a combination of electric and magnetic energy moving through space, hence the term. These waves vary widely in their Wavelength – the distance between two crests of the wave. Short wavelength EMR has higher energy while long-wavelength EMR carries less energy.

Electromagnetic waves are made up of tiny particles, called Photons, which have been accelerated to great speeds to create high energy packets of energy. Although they travel as a wave, when they strike a substance they behave as individual particles of energy in which each photon has a certain amount of energy.

All types of electromagnetic waves exhibit the properties of light – for example, they can be reflected or refracted. (See also: Nature of Energy).

Fun Fact: The human body emits radiation in the infrared region due to its temperature, making it possible for night vision goggles to detect human presence in the dark.