How is the periodic table of the elements arranged?

The periodic table is an organized arrangement of the chemical elements, in order of their atomic number (number of protons), electron configurations, and their chemical properties. This ordering segregates elements according to their periodic trends that are elements with similar behavior in the same column.

All elements are shown by a square on the Periodic Table of Elements and each of them is marked by its own series of letters.   Carbon is C, Calcium is Ca, and Hydrogen is H.

The atomic mass is the average mass of the protons, electrons and neutrons in a single atom.

An atom of carbon with protons and neutrons (nucleus) in the centre and electrons orbiting.

Parts of the Table

What is meant by a group and a period in the periodic table?

Groups are the vertical column and represent element families. There are 18 groups of the elements. They have similar chemical and physical properties.

For example, Group 18 has the noble gases – Helium, Neon, Argon, Radon, Krypton and Xenon which have low melting and boiling points, and they each are colorless, odorless, tasteless, and nonflammable. The group is called as low chemical reactive group. 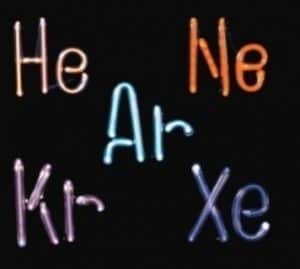 Periods are the horizontal rows on the periodic chart.   Every element in a period has the same number of electron orbits. 7 is the maximum no. of orbits which an element has according to the discovered elements by the scientists.

The periodic chart has 7 periods.   Elements like Hydrogen and Helium are in Period 1- which means they have one orbit of the electron.  Elements such as Sodium and Magnesium, Aluminum, are in Period 3- meaning they have three electron orbits. 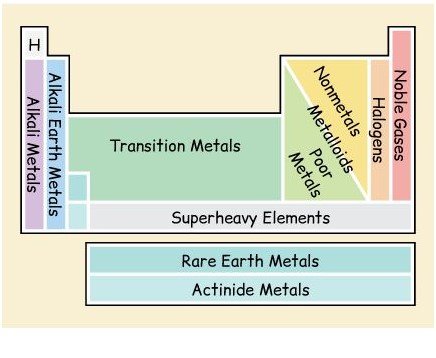 A color scheme has been added to the periodic chart to help understand which elements belong to named categories.   Charts vary, but most link elements in these categories Alkali metals, Alkaline earth metals, Transitional, Metals, Metalloids, Halogens Other nonmetals, and Noble Gases.

Some interesting glance at the periodic table 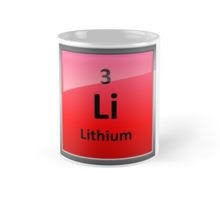 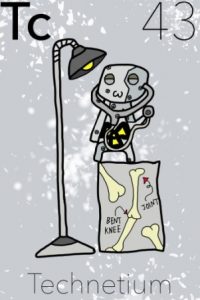 Learn more about Periodic Table and other important topics with 7th Grade Science Tutoring at eTutorWorld. Our expert science tutors break down the topics through interactive one-to-one sessions. We also offer the advantage of customized lesson plans, flexible schedules and convenience of learning from home.

B. State True or False