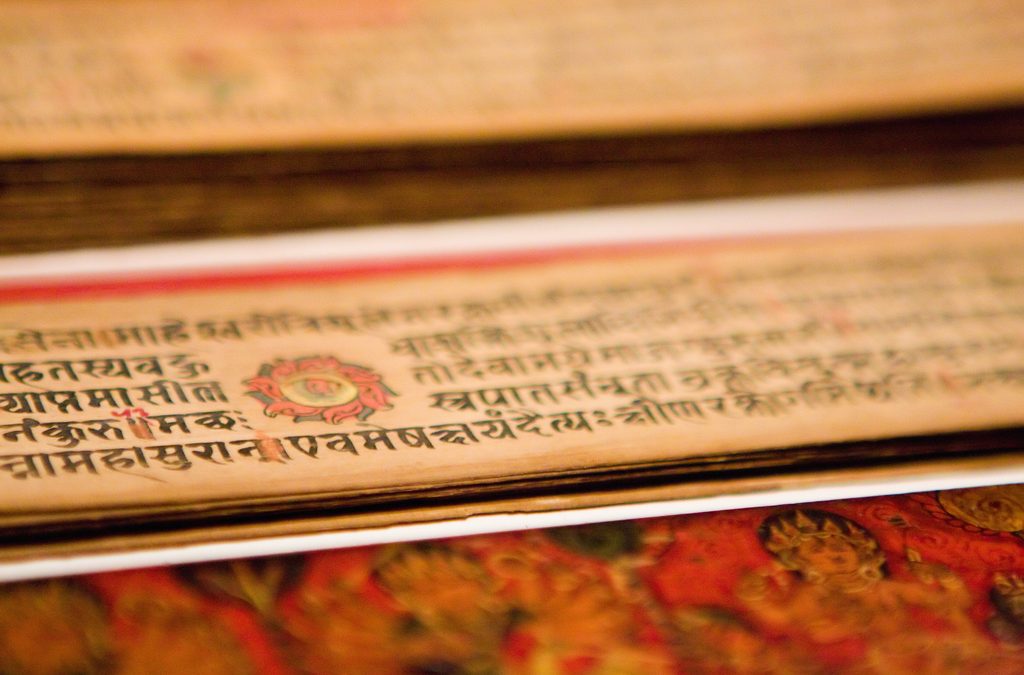 Sanskrit is a global language, still, we Indians can hardly speak it. Why? Yes, we have evolved but it doesn’t hurt to go back to our heritage. To go back to a language that has become the linguistic backbone of several Indian and European languages.

Sanskrit is the “Mother of all Languages” and even great European philosophers like Voltaire, Immanuel and others acknowledged that Sanskrit was the root of all Indo-European languages.

We use several words from Sanskrit vocabulary, even while conversing in English. Don’t believe me? Let me give you some examples. The word Mother has been derived from ‘Mathru’ in Sanskrit and brother comes from the word ‘Bhratha’. Both of these are just the tip of the iceberg, there are many such words that have become part and parcel of European languages.

One very popular example of Sanskrit usage in English is the movie Avatar. When people all over the world watched this mega-hit Hollywood movie, little did they know that the word to describe “alter ego” was borrowed from Sanskrit!

Sanskrit words even got embedded into Greek, Latin, and Persian languages during the peak usage of Sanskrit in ancient times and these words today form a vast majority of the English language.

It is a widely acknowledged fact that grammar evolved from Sanskrit, way before any known language in the world. Sanskrit has been widely spoken in most parts of the world for centuries, both in direct and indirect forms.

Several ancient scriptures (Vedas, Upanishads, Epics, etc.) were written in this language. Scriptures written on subjects as varied as Medicine, Economics, Yoga, Mathematics, Astrology, etc. written in Sanskrit, were later borrowed by Persian, Greek, Latin, and Arabic scholars. Sanskrit gave birth to many languages and also gave birth to the script (Devanagari) which is the foundation of many popular languages spoken and read in India.

Ironically, the ‘Mother of all Languages’ also considered to be the “God’s Own Language” has not gotten the due credit and respect it deserves at its birthplace – India.

It is quite heartening to read about European nations like Germany, the Netherlands, etc. encouraging the usage of the Sanskrit language in their country. The day is not far when we may find more and more Europeans conversing in Sanskrit than Indians. Maybe that’s when we will adopt Sanskrit and give the language its due. All thanks to our typical mindset of following western practices.

A Village that Speaks Sanskrit and a Sanskrit Daily

Today when we hear of people speaking Sanskrit in their day-to-day conversations in India, it becomes News. Mattur village in Karnataka is one such example. Even news of Sanskrit being introduced in schools or colleges becomes a piece of breaking news, but for the wrong reasons.

The only Sanskrit daily in India that is published from Mysore called “Sudharma” is on its last legs. Appeals were made through social media to revive the newspaper due to the imminent threat of the Press being closed down. For Sudharma, funding was certainly one of the pressing issues but the prime concern was the lack of readership.

How many people in India can really understand the language today, that was once used by every Indian several centuries ago. Today, when a Hindu Priest chants the shlokas in Sanskrit, you may not follow even a word and lose out on the significance of the Ritual, unless the Priest explains the shlokas to you in the language you both understand.

To encourage “Spoken Sanskrit”, eTutorWorld.com is making a small yet genuine attempt, by offering Live, Virtual, or Online Course. It can be accessed by anybody living on this planet, having access to an internet enabled computer or smartphone. People across age groups (8 to infinity) can access the course online from the comfort of their homes without any excuses such as, “have no time; have to travel long distance” etc. The course is designed in such a way that students can start conversing in Sanskrit from Day 1, with subtle introduction to the grammatical aspects.

Next time you speak your mother tongue and hear people speak other languages, you will immediately understand why Sanskrit is called the “Mother of all Languages” and only then will you start appreciating the language much more.