Layers of the Earth

What are the four different layers of the earth?

Geologists have observed vibrations (seismic waves) made by earthquakes to understand the structure of the earth’s inside. They found that it is divided into these distinct layers: the crust, the mantle , outer Core and the inner core. 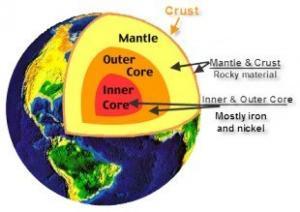 Crust is the top or the outermost layer. It is very solid, and also the thinnest of all layers, only about 5000m thick under the oceans and about 30000m of thickness under the landmasses.

It is made of two parts, upper and lower, the thick upper layer is made of extremely hot, semisolid liquid rock pattern and is located directly below the crust and is about 2,900 km thick.

The outer core is the only layer which is a liquid layer: an ocean of mostly thoroughly liquid iron and nickel. It is about 1,800 to 3,000 miles below the surface and about 2,300 km thick.

This layer is made up of the crust and a very small lining of the upper mantle; it is divided into many slowly moving plates of solid structure that has the continents and oceans above it.

How deep are the layer of the earth? 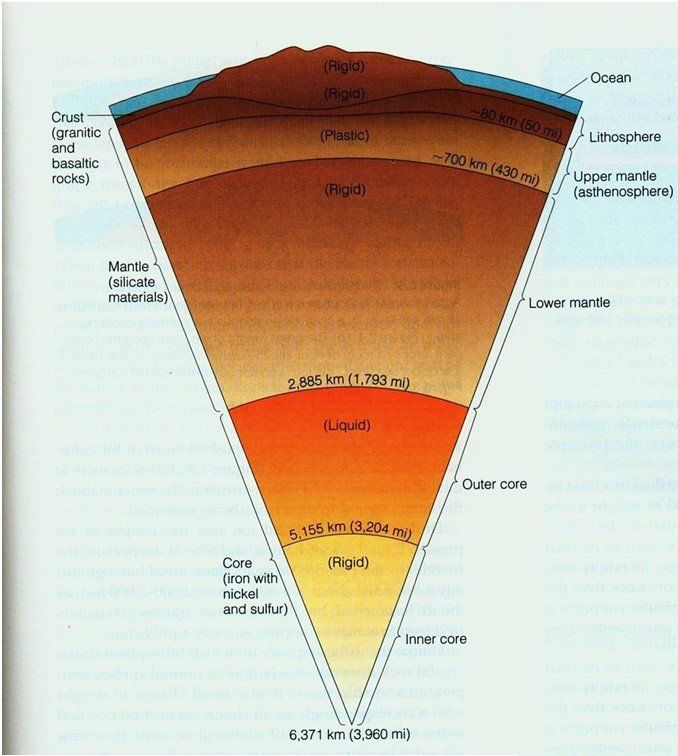 German scientist Alfred Wegener was the first who found that the coastal length of Africa and South America seemed like a jigsaw puzzle that fit together. He also got proof of the same by studying and analyzing the plant and animal fossils along the coasts of these continents, even though now they were separated by vast oceans.   He also noticed that physical formations, like mountain ranges, on the two continents also were same.

Later in the book, The Origin of Continents and Oceans, he described that the earth’s continents were once one large mass and called it the supercontinent Pangaea, meaning “all the earth”. Pangaea is believed to have split into different landmasses and continental pieces in geological time and now moved to its current locations on the planet.

Around 200 million years ago

Pangaea breaks up into two major land masses. Laurasia in the north made up of North America and Eurasia andGondwana in the south.

Around 135 million years ago

Some 65 million years ago

These are tectonic plates, which hold the continents and oceans and are slowly but constantly moving on the Earth’s surface. The movement of the plates proves that the continents are not fixed and had moved over time, and also describes how and why earthquakes, volcanoes, and other events occur in Nature.

Learn more about Layers of the Earth and other important topics with 7th Grade Science Tutoring at eTutorWorld. Our expert science tutors break down the topics through interactive one-to-one sessions. We also offer the advantage of customized lesson plans, flexible schedules and convenience of learning from home.